By writer and poet

Dante Fog is about a young man called Angus Fog, who has to return from London to New Zealand to deal with childhood trauma.

"While other boys celebrated their raging hormones by scragging each other from one end of the sports field to the other, Angus Fog was the solitary figure that watched. While other boys played rugby in winter, tagged and bombed each other at the town pool in summer, he sat and did nothing because in his twelfth year, Angus lost his passion. He subconsciously suppressed the why and when the event took place but the repercussions would significantly impact his life.

Angus works for ten years as a theatre designer and builder in Wellington, New Zealand, before his mother, frustrated with his lack of artistic success, buys him a ticket to London. There he creates an alter-ego from the clique bohemian art world. He changes his appearance and name and becomes the successful artist, Dante Fog.

Dante’s initial subject matter is the beauty in other people’s childhoods. Later, he searches for beauty in the adult world but fails to find it, until he falls in love with Bronagh. When Dante wakes on the floor of his studio hungover and fearing he may, in a jealous rage, have killed Bronagh or her suspected ‘new lover’ or both of them, the magnitude of that unknown childhood event resurfaces. Dante must return to New Zealand as Angus to uncover what he suppressed all those years ago."

The mother in the novel tells her son, "There are no better observers of life than artists." Greenhill totally agrees, "artistic license takes life and makes it art. That is why I write poetry and prose and make gin, and Jo paints. There is a beautiful complexity in discovering and understanding the layers in the mirror looking back at us. Our art attempts to express it, so does the character of Dante Fog."

Dante Fog was published by Austin Macauley Publishers in London last year and is an autobiographical fiction (yes, that is a genre). 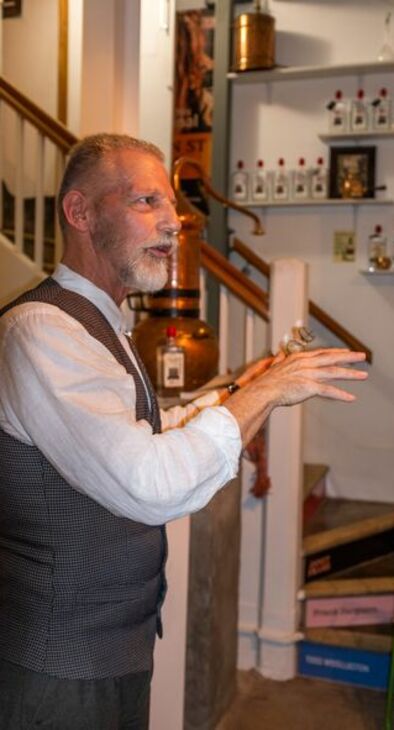 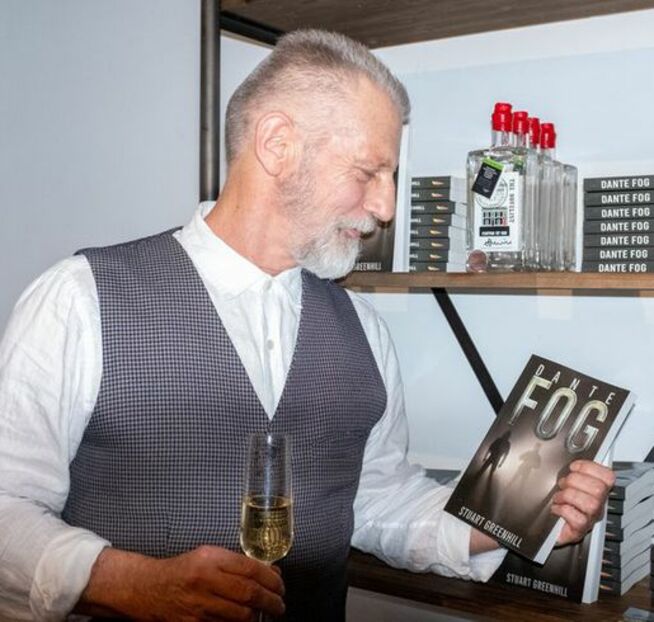